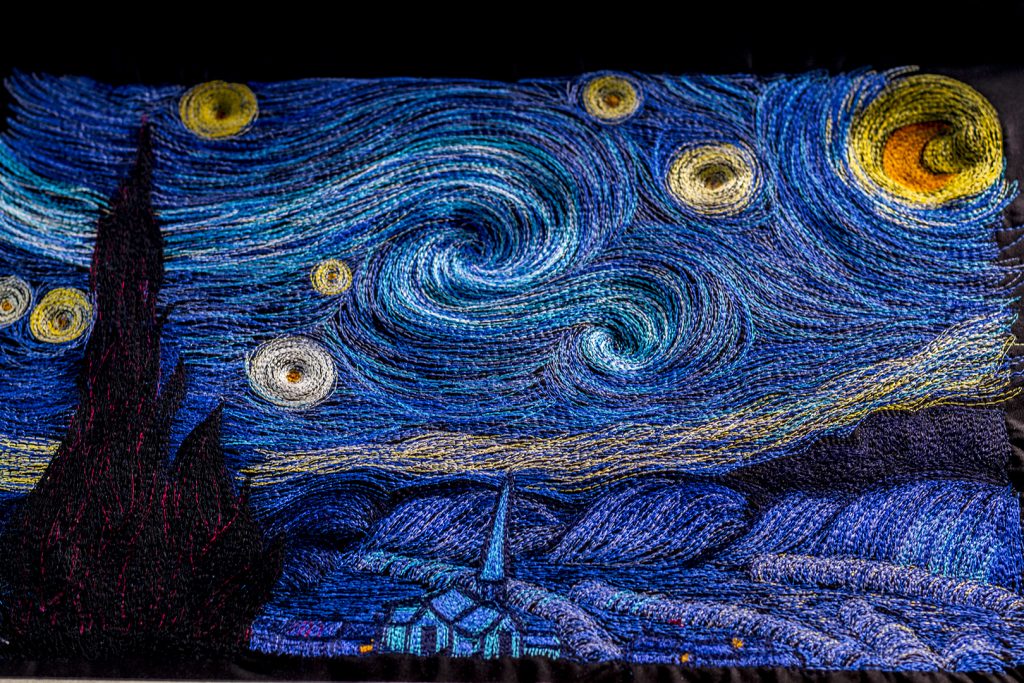 Starry Night is arguably  Vincent van Gogh’s most famous painting, but he considered it a failure at the time. Vincent van Gogh’s  iconic 1889 oil on canvas painting of The Starry Night is currently in New York’s Museum of Modern Art.   We can get insight into the painting by lines from a letter that Vincent wrote to his brother Theo about the view from his window. The equally awesome self portrait below comes courtesy of the Musee d’Orsey.

“This morning I saw the country from my window a long time before sunrise, with nothing but the morning star, which looked very big,”

Emily was inspired to make her own version of Vincent’s painting. When Emily was home for a break from University, she noticed her younger sister doing a coloured marker version of Starry Night for a GCSE art project.  As Emily watched the movement of Ellie’s pen strokes she realised that she could create the same movements with needle and thread on fabric.

We set up the 6-foot Machine Quilter frame with black fabric and Emily found a good, high resolution picture on the internet of Starry Night. She put her laptop by the Machine Quilter frame, so she could see what she was ‘painting’. Then Emily auditioned various threads so that she could match the colour and intensity of the painting.

Emily simply used the Machine Quilter frame like an easel and was able to draw her version of Starry Night with the Juki TL QVP Mini straight stitch sewing machine needle. She began stitching herself a rectangle to ‘paint’ in, which helped her keep proportions correct. She sketched out a basic design with indigo thread on the black fabric.  In much the same way as Vincent with oil on canvas, Emily created an intensity of colour using layers of thread and by repeating the swirling movement of the stars. The pulsing luminosity was achieved by changing thread colours and the alternate blending and contrasting of colour.

The Machine Quilting frame transformed Emily’s sewing machine needle into a brush and she was able to move the needle in much the same way as Vincent moved his paint brush. Repeated movements created depth and intensity of colour.

The fluid movement of the sewing machine on the frame created the same swirling turbulence that we admire in the painting. The layers of thread created a texture in some ways very similar to the bold layers of oil on canvas.  Enjoy the details in the pictures below. You can see just how Emily recreated Van Gogh’s Starry Night in this short video clip. Emily hopes to continue her thread paintings of the masters this year. 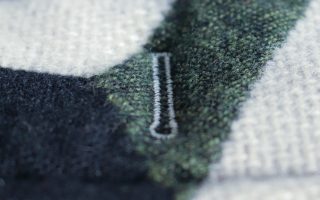 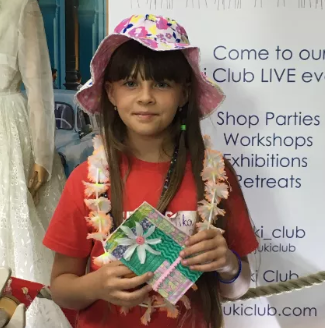 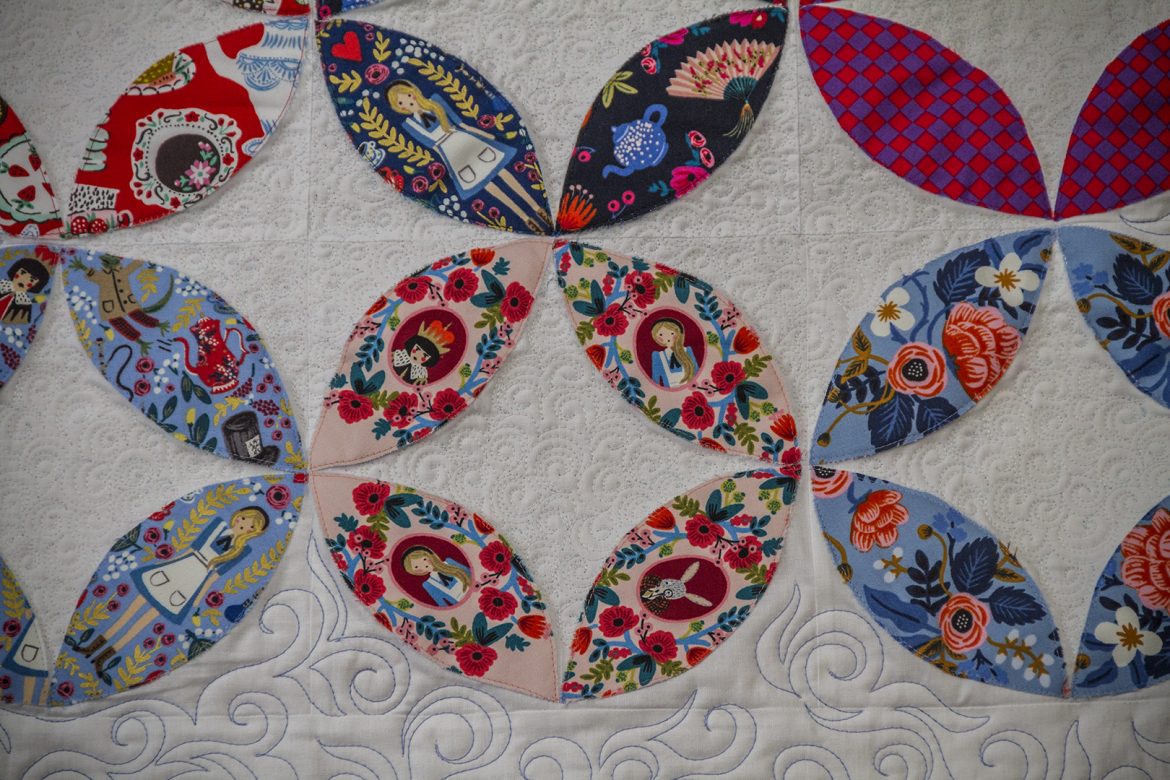