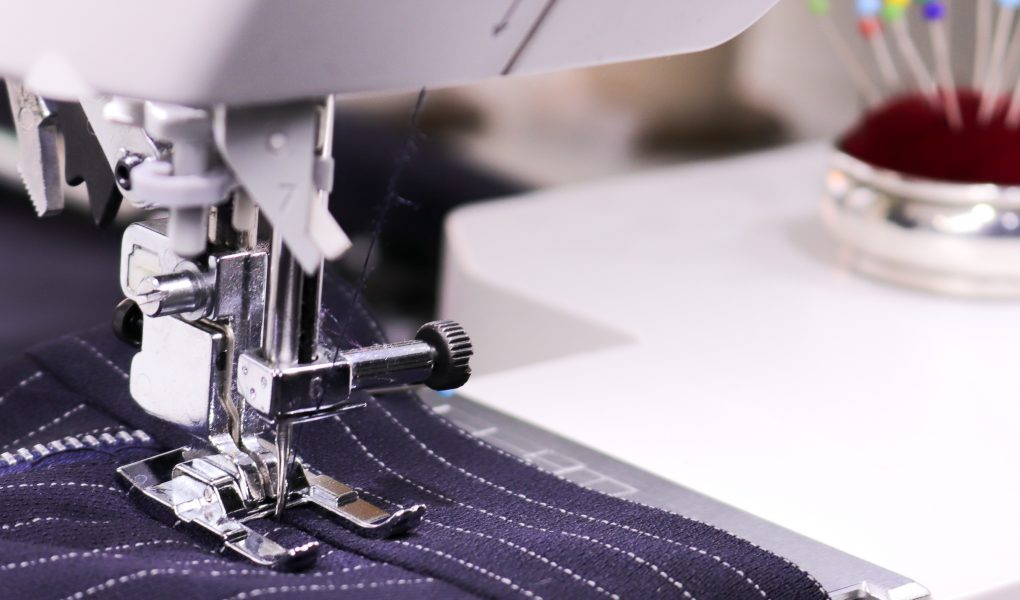 One of the best things about the Great British Sewing Bee is that, even after the series ends, the contestants keep on giving. Jen from GBSB series 5, put together a selection of Hogg Hacks that she used while sewing these blue pinstripe wool trousers. We’re posting them on our Instagram, and we thought it would be fun to gather them all together here.

We’ve been featuring the gorgeous pinstripe trousers Jen made recently.  They are the Jackie Trousers from By Hand London, a tailored but casual trouser made in a lightweight wool suiting.  The width of the trouser leg suits a fabric with some weight but also a good drape.  Also, Jen made this retro style slightly long so that the line of the trousers breaks at the shoe, which again requires a fabric with drape.

Jen’s sewing photos each describe a process, so here’s more detail from Jen on each.

Adding a narrow strip of interfacing to the pocket helps to keep the pocket structure.  Usually interfacing is added to a pattern piece which isn’t going to be the outer layer of a garment, for example, a neck facing.  If you’re adding interfacing to the outer layer of fabric, cutting it with pinking shears means you won’t see the join.  I have a pinking blade rotary cutter, which is great for cutting out long strips of interfacing this way.  Here I used a woven weft-insert interfacing, which is great for adding structure but not inhibiting the drape, especially when it’s cut on the bias.

Use the straight stitch plate

The ability to switch to a straight stitch plate and feed dog is one of my favourite features on the Juki NX7.  Most machines have a straight stitch plate, which has a smaller needle hole in it, so there’s less chance of the fabric being pulled into it at the start of stitching.  I think the Juki NX7 (and now the UX8) is the only domestic machine which lets you change the feed dog as well. This increases your control when you’re sewing edges or curves. It also comes into its own when you’re sewing anything remotely slippy, like the French seams on these trouser pocket bags.

Multi-tasking with the felt mat

I use a felt mat all the time when I’m sewing, for ironing but also to help me place the fabric while I’m pinning.  Here I’m using it to hold the pocket bearer in the right place to get a perfect pattern match, before I pin and baste it.

It’s quicker to change the bobbin thread to a contrasting colour for basting.  The pleats in these trousers aren’t going to be stitched down ultimately. But basting them in place vertically for 5 or 6 centimetres helps to keep everything in place while you sew the trousers together.

When you’re basting, the two changes to make to your machine are to use the longest stitch length, and to reduce the tension.  That makes it much easier to pull the basting thread out later.  You can see the Juki NX7 tells you reducing the tension makes the bobbin thread lie flat against the fabric.  I use a contrasting colour in the bobbin, so that’s what I’ll be looking to pull out in the end.  Increasing the tension makes the upper thread lie flat. So that’s the setting I’d use if my contrasting thread was the main spool rather than the bobbin.  Either way, I find it really handy that I can revert to the original stitch settings just by pressing the Clear button on the Juki NX7.

As well as basting the pleats in place, I always baste the pockets shut while I’m working on the rest of the garment.  It just makes sure that nothing shifts out of line by accident: important for both the shape of the garment and also your painstaking pattern matching!  Here I’ve used a yellow bobbin thread again – the photo shows the underneath of my sewing.

Stitching in the ditch

There are various foot options for stitching in the ditch.  I like to work with an open toe foot, because it lets me see exactly where the needle is going in to the fabric.  The photo below shows the result, it’s almost invisible from the front.

We hope you enjoyed the Jen Hogg Hacks. We think she’s the Bees Knees! It was fun to get some insight into how Jen sewed the blue pinstripe wool trousers. Of course, these sewing tips and tricks can be applied to all sorts of other sewing projects. We look forward to getting to know the new contestants on series 7 of the Great British Sewing Bee on Wednesdays at 9 on BBC 1.

Jen Hogg lives in Glasgow with her husband and dog, and has two children at university.  A former solicitor, she reached the semi-final of The Great British Sewing Bee Series 5 (2019).  Life for Jen now revolves around sewing: writing, teaching and recently bringing the Jenerates Sewing Ruler to market.  She also enjoys knitting and many other textile crafts, as well as silversmithing and photography, woodwork, wrought iron, stained glass, pottery and generally making things.  You can follow her on Instagram and Facebook @jenerates, and at www.jenhogg.co.uk, and you can read our Juki Club introduction here. 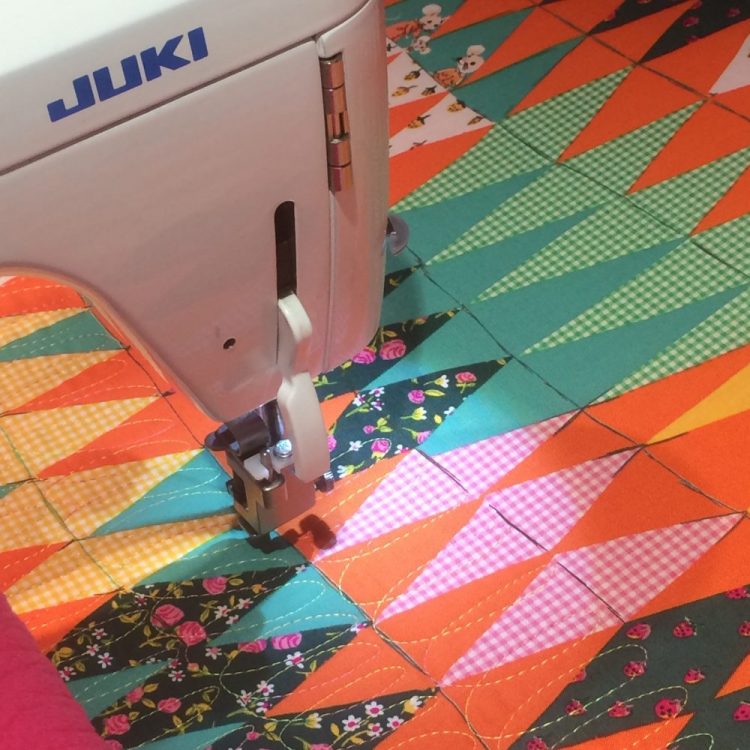 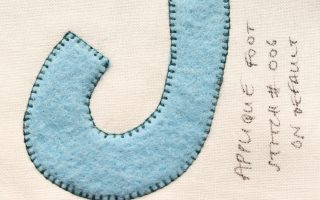